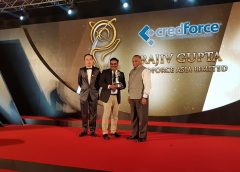 The award ceremony, held at the grand JW Marriot Hotel in the Indian capital, Delhi, earlier this month on April 13, 2018, saw the attendance of several luminaries, including the Minister of State for External Affairs of India, General V K Singh; Dr. Fong Chan Onn, the chairman of Enterprise Asia and former Minister of Human Resources of Malaysia, and Mr. William NG, President of Enterprise Asia.

Rajiv Gupta, awarded in the Professional and Business Services category, stood his own ground against some of the biggest and most respected names in Indian commerce and industry. Rajiv is not new to winning awards, being one of the global pioneers of the credentialing industry, who has almost singlehandedly, and taken it to 183 countries across the world. No mean feat, given the company is merely 6 years into existence.

Among the other awardees in this prestigious ceremony were bellwethers such as Mr. Ajay Piramal, Chairman of the Piramal Group, Mr. Shekhar Bajaj, the Chairman and Managing Director of Bajaj Electricals Limited and Mr. Hari Om Rai, the Founder and CMD of mobile giant Lava International Limited, in their respective categories.

The gala, a by-invitation-only event, which was attended by more than 250 attendees and renowned industry chieftains, awarded 22 leading Indian business founders for their vision and commitment to innovation and excellence. The awards are held in 14 countries including India, and are considered the “Olympics” because of the stringent screening process. 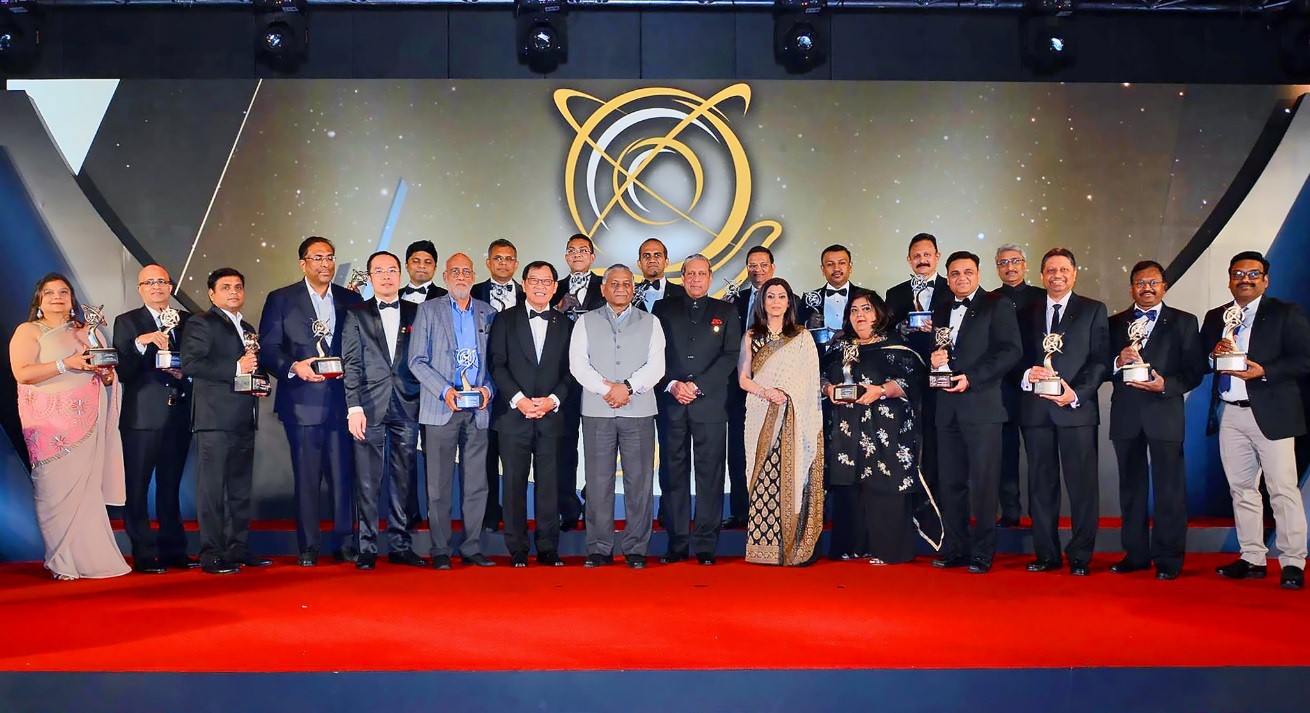 CredForce has won several accolades as the only-of-its-kind credentialing ecosystem. These include ranking among the BRICS’ fastest growing companies and being a force to reckon, with its large and diverse global partner network.

“We at CredForce are far beyond driven at this stage. We’re currently consolidating our global presence and are in the process of introducing quite a few industry pioneering products across our entire ecosystem. It was very kind of the distinguished jury to acknowledge our efforts. Cheers to my team for yet another victory”, Rajiv Gupta said, speaking to scribes and media personnel after receiving the award.

Rajiv, the President and Group CEO, founded the company in 2012. He is a force to be reckoned with in the worldwide talent management community. He has an accomplished educational background, having graduated from the Indian School of Business and a Fellow of the Wharton School. He has won several awards including the Entrepreneurial Role Model- Top Rankers Excellence Award at the 16th National Management Summit, Entrepreneur of the Year – Thought Leaders International, Organization Psychologist of the Year – Psycholinguistic Association of India.

CredForce (www.credforce.com) is the world’s first and the largest provider of solutions, services and products in credentialing. With the world’s first ever and the largest consortium of international certification bodies, CredForce is converting capability-validation into an organized global industry-vertical. Our mission is to make certifications affordable, convenient and swift to obtain for individuals and enterprises even in the remotest corners of the world. The gigantic CredForce credentialing ecosystem extending across 180+ countries is powered by the combination of the world’s most robust technologies, business processes, intellectual firepower and leadership insights covering the entire gamut of industry-verticals, business issues and opportunity maps of the future. We design and deliver a wide-range of solutions on credentialing, accreditation and certification of professionals, workforce, employees and enterprises to transnationals, governments, universities, multilateral aid bodies and institutions.

How Bachao video was launched at Assam?