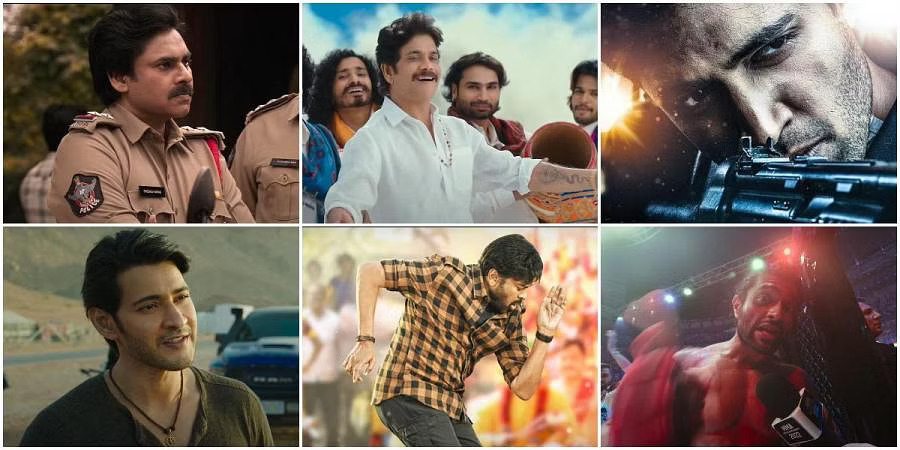 In South cinema, it is unusual to see more than one major superstar in a film. However, recently the number of Telugu movies with multiple superstars has significantly increased. Lately, directors are more attentive to content and no longer hesitate to cast two or more big celebrities together in a movie. Directors like K Balachander, Mani Ratnam, SS Rajamouli, and Shankar, to name a few, have done a fantastic job with casting multiple stars in a film.

Tollywood has produced some of the best multi-starrer movies that have been critically acclaimed and commercially successful, ranging from RRR to Baahubali. Here is a collection of well-known popular multi-starrer films that successfully charmed audiences.

More than one superstar in a single frame is like a fan’s dream come true, especially in Tollywood. RRR, directed by SS Rajamouli starred Jr NTR and Ram Charan, as well as Bollywood stars Alia Bhatt and Ajay Devgn, and Hollywood actors Olivia Morris and Ray Steveson as the lead cast. RRR tells the story of historical revolutionaries Komaram Bheem and Alluri Sitarama Raju, respectively, and is set in 1920s India under British rule. The movie is presently being promoted for the Oscars 2022 in several categories. Even the general public, the media, and filmmakers in the West are captivated by RRR and its spectacular visuals.

Multistarrer movies weren’t new, but there weren’t many of them. Only filmmakers with the strength to combine superstars and turn it into a blockbuster could pull off something like the Baahubali franchise in 2015. The lead actors in the movie were Prabhas, Rana Daggubati, Tamannaah Bhatia, Anushka Shetty, and Ramya Krishnan. Baahubali: The Beginning and Baahubali: The Conclusion opened many doors to success for actors and filmmakers alike. The Baahubali movie series became a box-office success and garnered numerous national and international accolades. Even after all these years, the movie continues to be regarded as the pinnacle of Telugu cinema.

The family drama movie stars Daggubati Venkatesh, a four-time Filmfare Award winner from Tollywood, and Mahesh Babu, a seven-time Nandi Award winner. Anjali and Samantha Ruth Prabhu, two talented actresses, are also featured in the film. Seethamma Vakitlo Sirimalle Chettu is set in the village of Relangi and centers on two unemployed brothers named Peddodu and Chinnodu, who are the offspring of a kind father who values relationships and love deeply. A conflict between the family and another influential family in the community quickly causes a lot of issues. In the film, the two heroes set out to resolve the conflict.

In the multi-starrer F2, Venkatesh and Varun Tej played the male protagonists. The plot revolves around two young men who aim to get control of their spouses following their respective marriages. Their chauvinistic mindset, however, frequently puts them in absurd circumstances. The comedy-drama was a hit, surpassing Peta, Vinaya Vidheya Rama, and NTR Kathanayakudu in popularity.

The comedy-drama is among the list of Telugu movies that will lift your mood. Gopala revolves around the life of Gopala Rao, an atheist who finds himself amid crises. He blames God for causing an earthquake in which he loses his shop and suffers big losses. Gopala files a lawsuit under the act of god clause to get compensation from an insurance firm. However, when Govinda Hari enters the scene, he finds that his life has changed drastically. The movie stars Daggubati Venkatesh and Pawan Kalyan in lead roles and is a must-watch family entertainer.

The films mentioned above are among the best in the film industry. You can watch the best flicks on various movies app and websites such as ZEE5 Global, Amazon Prime, and Hotstar.

Go To A Choir Concert And Leave Your Worries Behind

Understanding The Best Ways To Boost Your Choir Audience