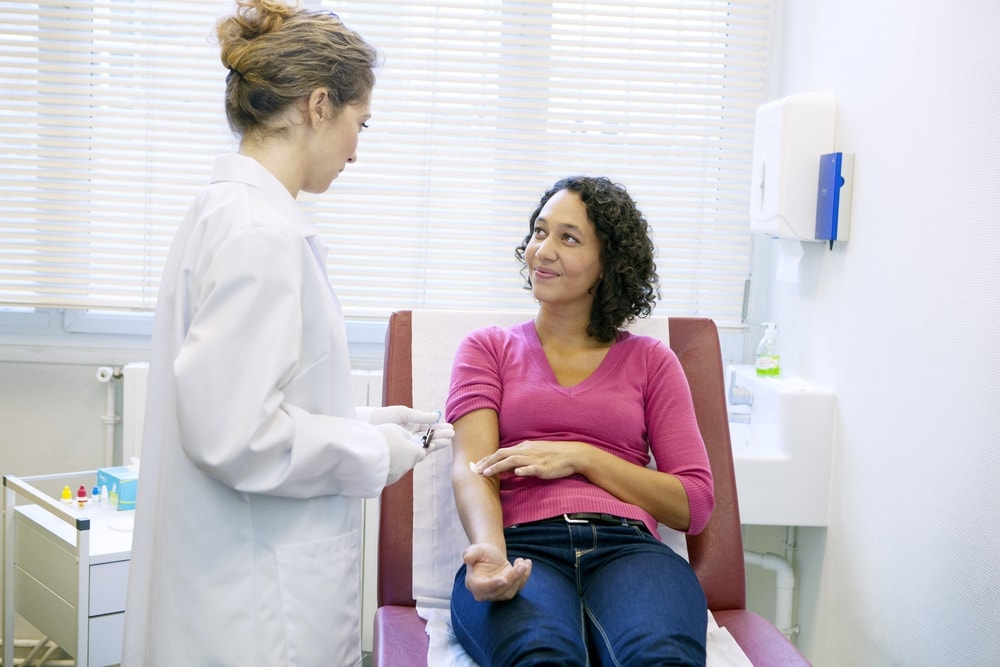 What is the Oral Glucose Tolerance Test?

The Oral Glucose Tolerance Test (OGTT), or the glucose tolerance test, is a diagnostic tool that measures how one’s body processes glucose (sugar). More specifically, it tests the body’s ability to store glucose after removing it from the blood. It is used as a screening tool to diagnose a pre-diabetic state or type 2 diabetes. It can also be used to detect gestational diabetes mellitus, a type of diabetes that may develop during pregnancy.

What is the purpose of this OGTT Test?

The test is used to discern how the body handles glucose after consuming a large amount of sugar externally or after a meal. Apart from detecting prediabetes, type 2 diabetes, and gestational diabetes, this test can also be helpful for the diagnosis of:

What types of glucose tolerance tests are there?

There are two types of glucose tolerance tests: the glucose challenge test and the glucose tolerance test. The former is a shorter version of the other test. It can be used as a preliminary test to identify whether an individual is likely to develop diabetes or gestational diabetes. Both the tests can also be performed, leading to a two-step test if the first test gives glucose values beyond a certain level. Both these tests can be safely done in adults as well as children.

The patient is administered a glass of concentrated glucose solution to drink containing 50 g of glucose dissolved in 250–300 mL of water. A blood sample is then taken an hour later to detect the blood sugar levels. This test is easier to conduct and can be performed at any time of the day. If the values of this test come to more than 140 g/dL (grams per deciliter), the doctor may recommend the second test, the glucose tolerance test.

This test is usually conducted in the morning on an empty stomach. First, a blood sample is collected to determine the baseline glucose level. After this, the patient is administered a glass of concentrated glucose solution containing 75 g of glucose dissolved in 250-300 mL of water for adults. In the case of children, the amount of glucose solution given is determined by their body weight.

Another blood sample is then drawn after 2 hours.

According to research published in the BMC Endocrinology Journal, an OGTT is far more reliable for testing diabetes than an HbA1c test.

However, the results can be unreliable in case of patient non-compliance and not following the proper protocol during testing. If the results appear to be radically unexpected, then the physician may recommend a repeat OGTT.

What does the glucose tolerance test measure?

What is the preparation for a glucose tolerance test?

The test is usually performed at a clinic or in a laboratory, and the patient is expected to have not eaten any foods or drinks except water in the past eight hours. This test is thus usually performed in the morning. It is essential to maintain a healthy diet before the eight-hour fast with consumption of at least 150 g of carbohydrates in your diet for three days before the test. There are no dietary restrictions before the fasting period.

Additionally, if the patient has been ill with an infection or illness in the recent past, an OGTT is not recommended.

It is also essential to inform the doctor about any medication, herbs, or supplements that you might be on. The patient may be asked to stop or avoid specific medication during the fasting period.

What about glucose tolerance testing during pregnancy?

The Government of India recommends an OGTT for all pregnant women at least twice during the ante-natal checkup (during pregnancy) to diagnose gestational diabetes mellitus (GDM). The first test should be conducted as early as possible, while the second should be conducted between 24 and 28 weeks of pregnancy if the first is negative.

During pregnancy, a concentrated glucose solution containing 75 mg of glucose in 300 mL of water is administered to the woman irrespective of whether she was fasting. Her blood glucose is measured by drawing blood after 2 hours. If the blood glucose level comes to more than or equal to 140 mg/dL, it is diagnostic of GDM.

Pros and cons of OGTTs

This test is advantageous since it can identify diabetes when other tests might not be able to, and it is also relatively simple to perform with minimal side effects.

Rare complications or risks that may be associated with this test include:

The Oral Glucose Tolerance Test is a simple, reliable, and highly sensitive medical test to diagnose diabetes and gestational diabetes. This test can be conducted by a two-test method, where the glucose challenge test is followed by the full glucose tolerance test. This test holds a high value in diagnosing diabetes during pregnancy, and it is recommended for all pregnant women. It has minimal risks associated with it and can be safely performed in both adults and children.

Are you looking to get your body’s glucose metabolising capacity or check whether you have diabetes? Book a session now with Sugar.fit.

When is an oral glucose tolerance test done?

OGTT can be done during adulthood and childhood when the physician deems it necessary to diagnose type 2 diabetes or prediabetes. It is also done during pregnancy to identify women with gestational diabetes mellitus.

What is the normal range for an OGTT?

The normal values for this test are as follows:

How long does a test take?

The test usually takes around two hours, with eight hours of fasting before the test.

How accurate is the oral glucose tolerance test?

According to a PubMed research article an OGTT has good sensitivity and specificity for detecting type 2 diabetes. It’s a highly accurate test for the screening and diagnosis of diabetes including gestational diabetes, provided the stringent pre-test requirements are fulfilled.

Is OGTT for pregnancy only?

No. An OGTT can be taken by any individual looking to get their blood sugar metabolism tested to diagnose diabetes. This test can be safely performed on all adults as well as children. However, this test has a high value during pregnancy for it is important to diagnose gestational diabetes beforehand for a safer outcome of the pregnancy.

Do You Need A Nearby Mobile Dental Service?

The Intensive Use Of Silicone Rubber: An Exclusive Review

How To Build The Right Team For A Mobile Dental Clinic

Should You Do Yoga Or Pilates?

Have You Checked Your Home For Environmental Hazards?